The Justice and Equity Cups Who Will Persevere? 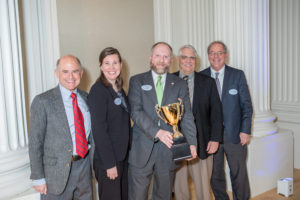 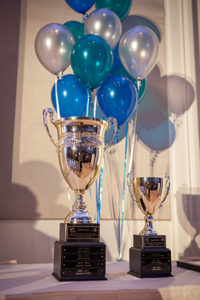 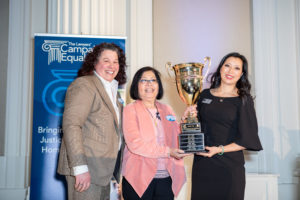 CEJ helps connect volunteers, donors, legal aid lawyers, and low-income Oregonians in regions across the state. Our volunteers promote increased awareness about the civil legal needs of low-income Oregonians and encourage participation among their peers. Committees hold monthly meetings and assign outreach efforts. County bar associations also chip in, making financial contributions and using their newsletters as a way to update people about legal aid and honor donors. Committees reach out to volunteers to draft and sign fundraising letters. It is an impressive and coordinated effort.

By encouraging a friendly competition in giving among all the regions of the state, the Justice Cup and Equity Cup capture the spirit of Oregon lawyers supporting equal justice for all Oregonians. These trophies recognize regions for the percentage of attorneys that contribute to the CEJ.

This year, the Equity Cup was awarded to the region of the state with the second highest percentage of lawyers giving to the CEJ. Throughout the year it was a tight 4-way race between Central Oregon, Jackson County, Lane County, and Portland, with each pulling ahead at different times.

But this year, the Equity Cup went to Jackson County with 25% of their attorneys donating almost $27,000. Congratulations, Jackson County!

The Justice Cup goes to the region around the state with the highest percentage of lawyers giving to the Campaign. For the past seven years, the trophy has been on display in the Jackson County Courthouse. As noted, the Jackson County, Central Oregon, and Portland regions made serious efforts to win the trophy – ranging from 20 to 25% giving.

However, at the end of the contest, Lane County pulled ahead to claim the cup with 26% of their lawyers donating $73,000 to the Campaign. Congratulations, Lane County!

What can you do to help your region win the Justice or Equity Cup next year? Donate! Spread the word and encourage others to donate, too!

Here are the current Justice Cup standings for this year (% of lawyers giving): 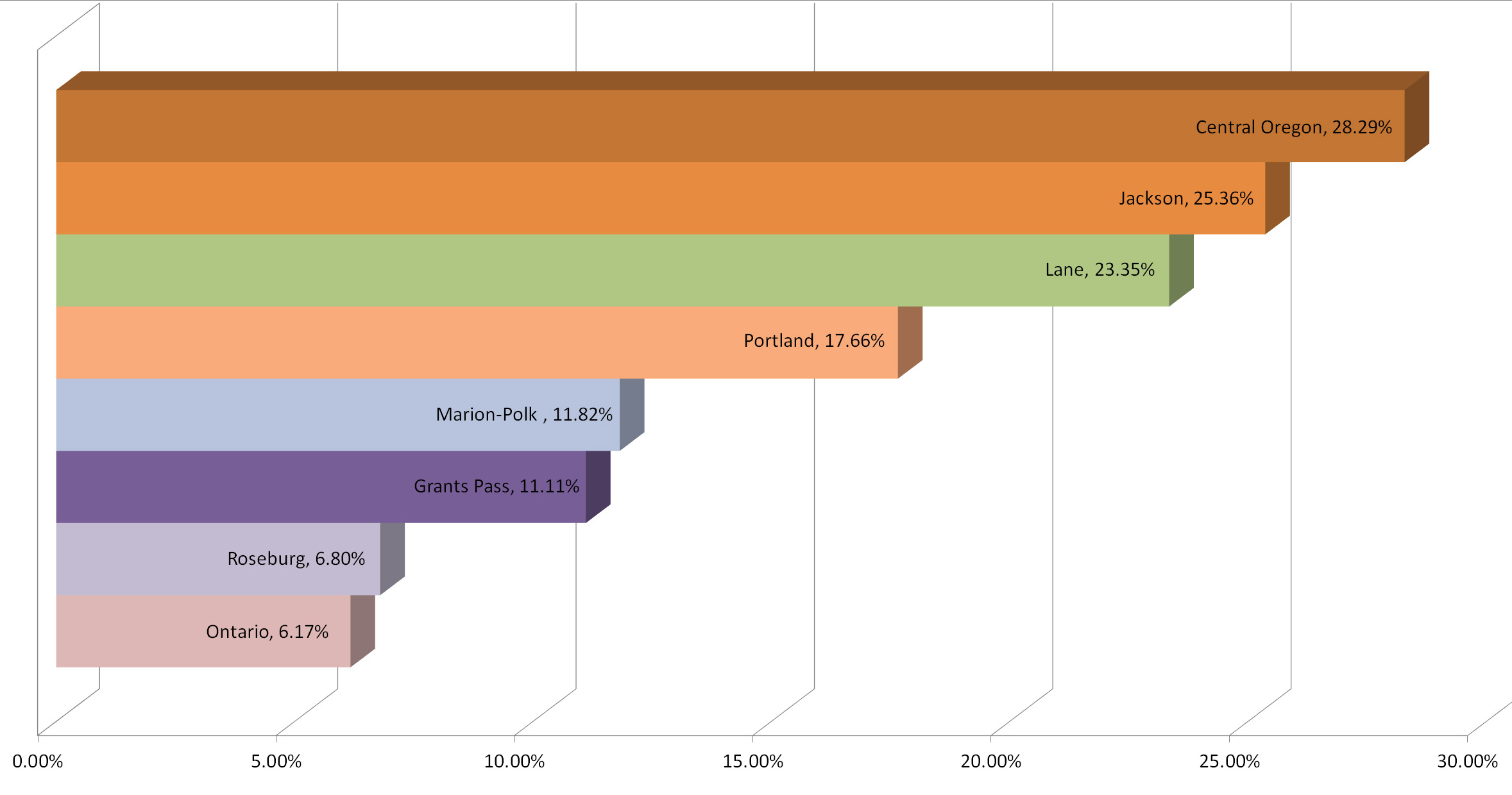